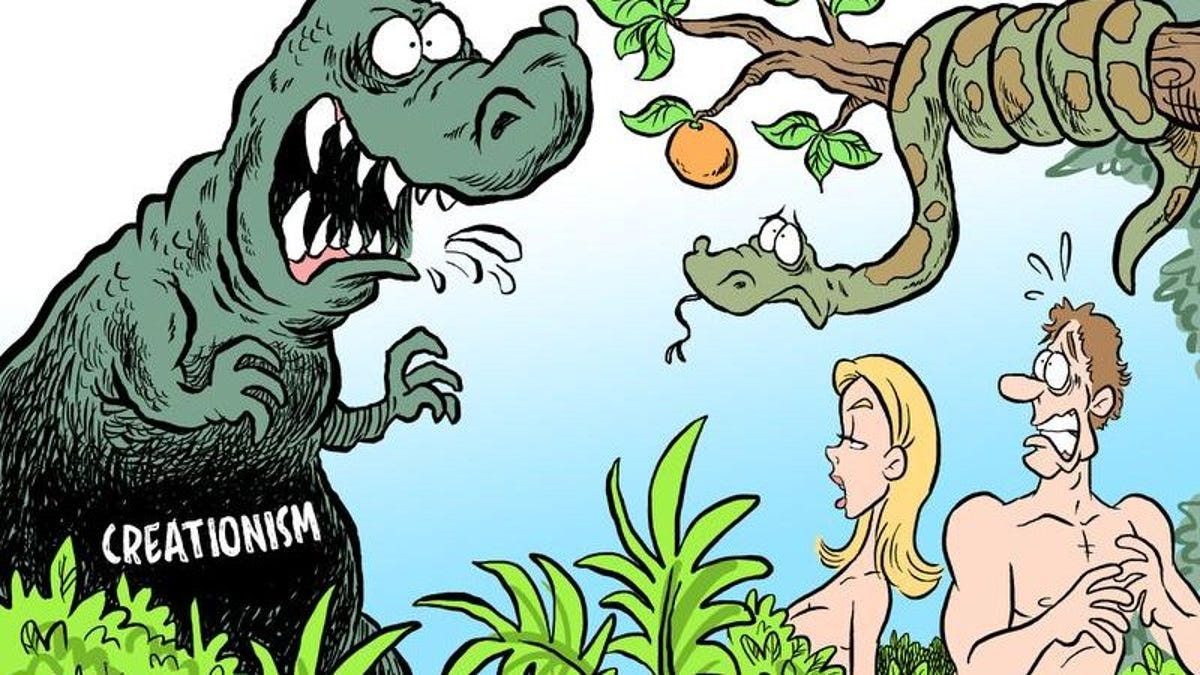 Despite what scientists would have you believe, The Big Bang theory is flawed (as is the show. I mean really have you seen it?). The theory is not as airtight.

There are plenty of flaws in the theory of evolution of the entire world.

Scientists like to believe and perpetuate the idea that their science when it comes to evolution is perfect and infallible, but there are flaws, but they’re just doing their best to hide them.

There are plenty of flaws in the theory of evolution, so many in fact that it actually makes more sense to believe in a god. I know crazy right, ignore science and believe in archaic religion, what an insane suggestion.

But hear me out, you have to give the other side a chance too.

But if you’re unwilling to give religion a chance, allow me to at least point out the flaws in evolution so that you might be willing to look into the idea that there might be a God who created us all. Please, feel free to check my research. But I promise that I’m right!

Here are just a few flaws in the evolutionary theory that make sense to point out:

1. The Timeline is off

While people suggest that it’s perfectly reasonable that the entire world and all of nature could have evolved to function the way it does now in the amount of time the earth as been alive (thanks to carbon dating we know how old that is) it’s extremely unlikely.

The odds of even just one organism evolving to perfection in the time the earth has been in existence, much less the time that the atmosphere has existed.

It just doesn’t make sense that an entire complicated world could evolve in only a few million years. Which brings me to my next point…

2. Nature is Too Complicated

Just think of the way the seasons work or how weather works. Think about how the ocean currents work or how food even manages to grow out of the ground.

It’s insanely complex. For everything to have evolved in a perfect way so that they world functions without regular disaster is impressive on its own.

For people and animals to evolve the way they did is extremely complicated and would have taken so much longer than the earth has even existed.

Benevolence and altruistic actions are explained by science with the survival of the fittest. Scientists basically argue that people and animals put themselves in danger for the sake of the survival of their genes. This explains why you would go out of your way for members of your own family.

However, it doesn’t explain why people would go to war or do nice things for other people in day to day life. This suggests kindness comes from something other than science, but perhaps a god.

Learn more about Creationism from the video below!